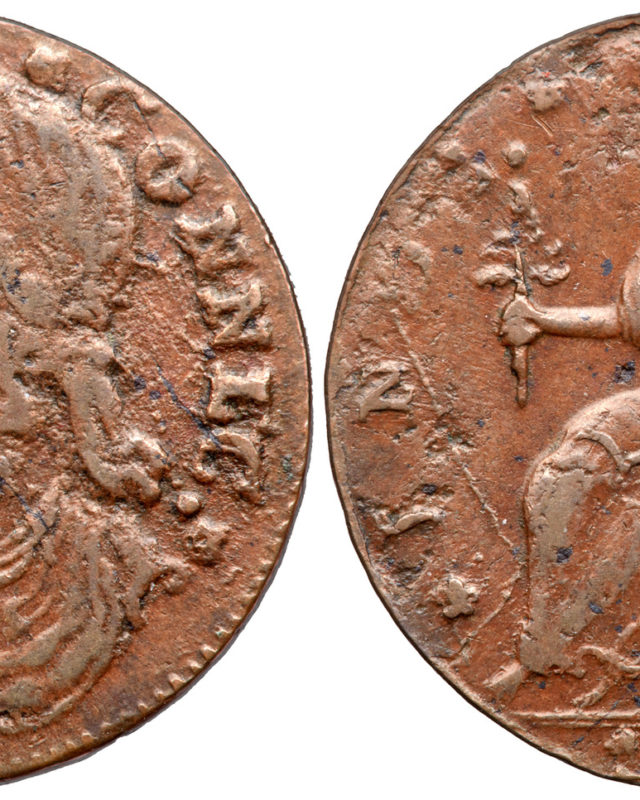 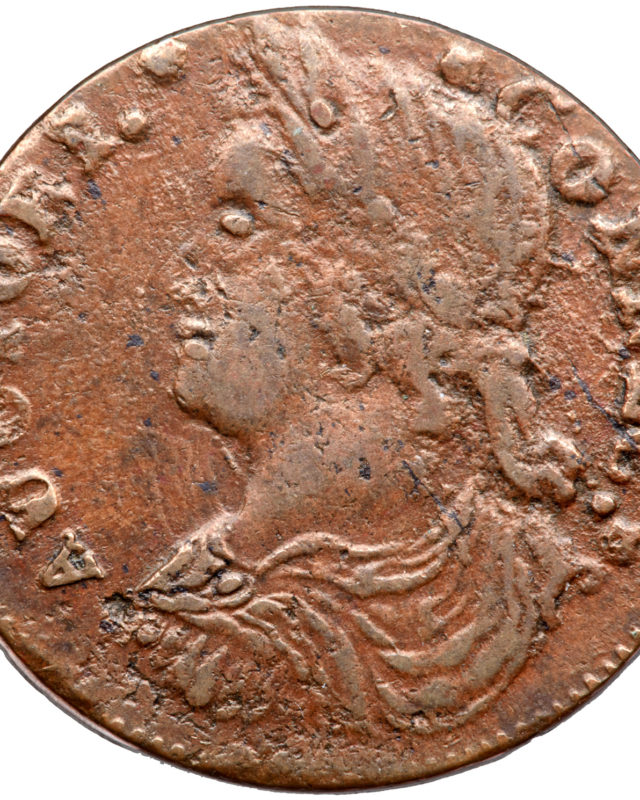 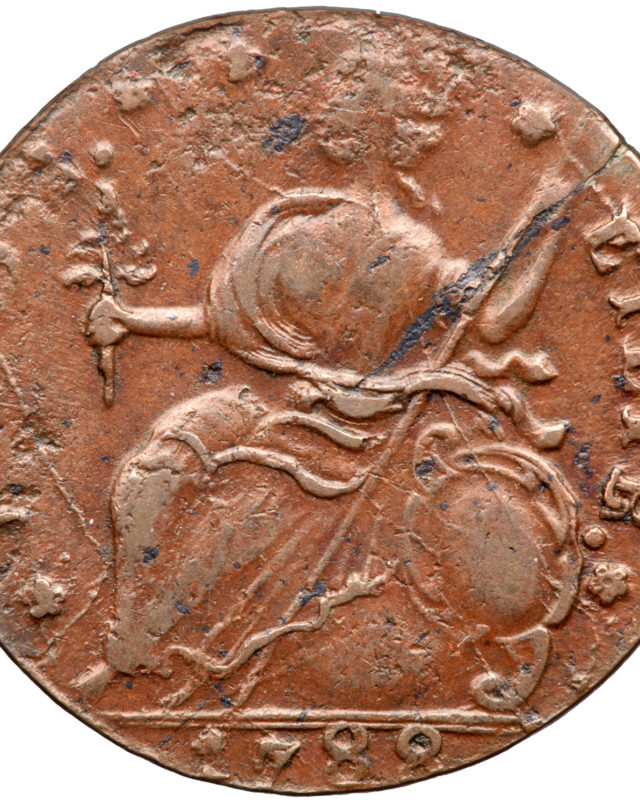 Technically sharper but there is planchet chipping scattered over both sides. The die state is extremely late, the latest seen, with cracks, clashmarks, and extensive die rust on the obverse (lumps on the coin) that are mixed in with the chipping. The die rust is strongest around CONNEC but it shows to some degree on virtually every device on the obverse. Several rather strong die cracks are present on the reverse including an obvious one from the D in INDE to the shin where it redirects to the rim above the foot. A difficult piece to grade; some have settled on About Uncirculated but that seems a bit optimistic. Inspection recommended. Weight 108.9 grains.

Does not include 20% Buyer’s Premium